This may be of little consequence to those reading this bearing in mind the downpours you’ve been having but we had 10 minutes of gentle but very large drops of rain. First since I’ve been here and I believe the first they’ve had for maybe 4 or 5 weeks. A bit worrying bearing in mind there’s supposed to be a torrential downpour daily at 3 at this time of year.

It was also a welcome relief from a very sticky walk down to the Gardens by the Bay and helped to ease a hangover from 2 pints of Heineken. What’s that all about?

Last night went for a drink with Simon Purse, another director here, to Chimes (‘A premier lifestyle destination’! I’ve just seen that on their website, wouldn’t have gone had I known) a converted church orphanage, and apparently the best thing to convert it to is a food and drink centre. Very beautiful but very western. It was the first place I’ve been to where I felt uncomfortable as a huge majority of the clientele were western (mainly ex-pat I’ve since learnt) with all the staff Singaporean; it was the tourist end of the city. 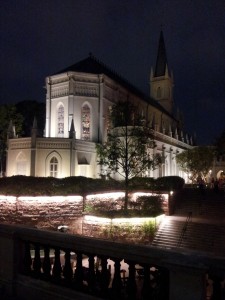 2 pints later we schlep off to China Town for Vietnamese food. Once again, we walked through an area which disgusts and impresses at the same time. Clarkes Quay is a wash with bars, restaurants etc and although outdoors it is air conditioned! Down the centre of the walkways and devices which blow cool air into the street, it doesn’t seem right somehow.

On the plus side I had a Pickled Lemon drink. A surprisingly refreshing salty/sugarly/lemony affair. 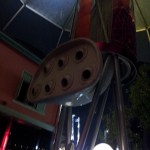 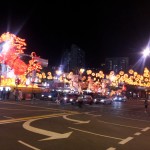 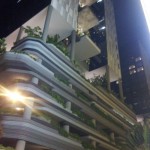 Gardens by the Bay are another huge area of reclaimed land (however to stop those clever Singaporeans getting too complacent about their engineering skills it should be pointed out they have a long way to go to beat land reclamation on the Lincolnshire and Fens scale) covered in laid out gardens and two massive domes, one a flower dome and the other a cloud dome. Bearing in mind they look pretty bloody impressive I gritted my teeth and spent the $28 to enter, and was a little disappointed. Basically well displayed greenhouses, (but cooler than outside) with plants of the world in it. And the cloud dome, despite having a bloody great mountain like structure in the middle of it was still just a more high mountainy greenhouse (and still cooler than outside). Of course I took against the cloud one as to fully experience you had to follow some precipitous walks with some grills beneath your feet and, I don’t know why, by vertigo/heights issue is getting worse, I had to go back and come down by the stairs.

I also thought it bloody ironic that there was a film being played warning of the dangers of a 5 degree world temperature rise, bearing in mind what Singapore must have to generate and pump out to make it a bearable environment in which to live; tens of thousands of aircons on all night! Anyway, annoyed I paid to go there but the gardens look nice enough to return to so will do that. 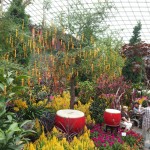 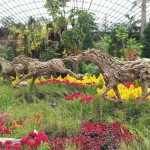 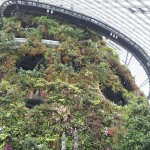 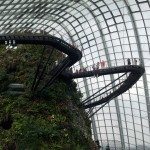 Ok, off for some food, see a student show and possibly a drink if the headache goes.