Melaka or Malacca – obviously had a long and suitably turbulent history under various warring Sultans of the Malay peninsula well before Europe decided it wanted a finger in the Far East. In a bid to control the Malacca straits and, in effect the gateway to the east, Portugal conquered Malacca (1511) followed by the Dutch with help from another sultanate of Malay (1641) and eventually Britain (1795 and ours was peaceful). 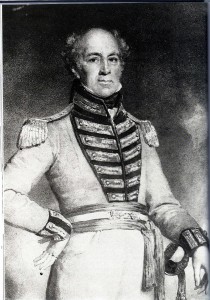 Slightly in our defence, the fella in charge was called Farquhar who was a Scotsman and a massive Malayophile. Obsessed by all things Malay, culture, history, dress, women (marrying one) etc, and in the continued tradition of the area encouraged and developed the eclectic ethnic mix to live and work together, it being the bedrock of the city’s history and economic past and future.

So when Raffles came up with the brainwave of founding Singapore as a better located gateway to the east (for reasons I may go into on another occasion, all to do with monsoons and winds) he brought in Farquhar. Although Raffles was a visionary his part in all this seems a little overplayed. He had the idea for certain, but was an ideas man and not pragmatic in the least. Once he had ‘done the deal’, which was not totally spurious, (the resident Sultan and leader were paid very very well for life and beyond, though of course it was still colonisation just with money not with weapons) Raffles cleared off within weeks not returning for years and left Farguhar to make it all work, much to Raffles annoyance. Raffles being an impractical dreamer had no system for running the place or making it to pay, Farquhar did.

Once the citizens of Malacca heard that Farquhar was running the place they up’d and moved, in droves, 5000 of them. Farquhar commanded so much respect in Malacca his unofficial title was Raja Melaka and those who had experienced him in Malaysia wanted to be part of his new venture further south.

Singapore boomed (albeit from considerable income from, among other things, gambling and opium, but hey ho, times change) because the place was run on a system which was sympathetic to the Malay culture and with respect for all the ethnic groups working within it but with a British culture of business and organisation interwoven . However, when Raffles finally retuned (about 3 year so later ) he was unhappy with Farquhar having become so localised (even down to his eschewing official British dress), that he was not allowing the port to be free and was allowing gambling and drugs (but hey oh, times change) he had him sent home replacing him with a man who appears to have cracked the British whip and re-emphasised its place as a British colony.

I quite like the sound of Farquhar, always had a soft spot for second fiddle, usually the more interesting people. Sadly, despite there being a reference to Raffles everywhere you go here from statues, hotels, street names, institutions and of course shopping centres, there isn’t one tribute or acknowledgement to Farquhar. Farquhar who had it designed, introduced structures, brought in money a do found a way to make it pay (but hey oh, times change) and, more importantly, brought in a workforce who moved here willingly to be managed by a man they respected and knew respected them.

Ps I’ve now been told (or rather Dave Waumsley did it for me) how to set up comments on here.