I didn’t fill you in on the concert I went to on Saturday afternoon.

The Singapore Chinese Orchestra, which looks, to all intense and purposes, like a typical symphony orchestra, but with weird instruments (that’s not a cultural dig, they did look bloody weird to me) that sound incredible, and they were accompanying a 1930s silent Chinese movie. It was stunning. The film was called The Goddess with an incredible actor called Ruan Lingyu, who sadly committed suicide when she was only 25. She was an absolute star though, and has a depth of performance I haven’t seen in similar western silent movies. We were on the second row, so had a whole load of Gaohu in the way, but it really didn’t stop being entirely engrossed in the film. Such great sound.

The film was a very moving story with incredibly dubious morals at the end, but a fascinating insight into what was important to china at that time, what the moral compass was. Fair to say it was big on education but very down on single mothers as prostitutes being abused by their gangster pimps. My one regret was that being so close I could not see what instruments were making what sound, though had I been able to do that I might not have got so involved with the film.

I did particularly enjoy being in a predominantly Singaporean Chinese audience and be able to share the same cultural experience; very little translation needed. And the concert hall itself is beautiful. Modern obviously.

Sunday- went to the zoo, as you may have guessed from the previous pictures. 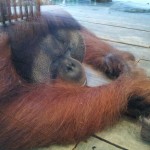 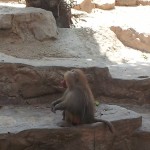 He didn’t want his picture taken 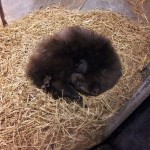 Wolverine. They’re so small. And cute. 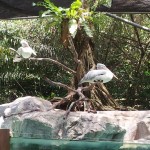 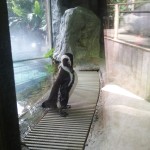 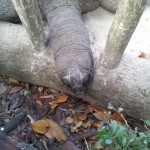 Elephants are nice. And orang-utans. And penguins, wolverines (tiny), white tiger, giant turtles etc. it is a lovely zoo, no obvious cages, all very sympathetically done, and I know I shouldn’t have enjoyed it, so I did make sure I felt the correct middle class guilt (especially the very bored looking baboon having a sleep up against the glass pane) but animals are very compelling to watch close up. But as per, it was the company that was pleasure, lovely morning. 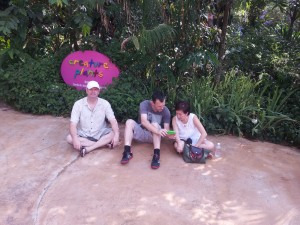 Rounded the evening off by a trip up to Geylang with Laura, J and Simon and off for food at what is considered the best hawker food centre in Singapore, Old Airport Road. Massive, exciting, incredible selection of food, dirty cheap beer ( large bottle of Tiger for £2.50), then back to Laura’s for more beers on their roof terrace with a temperature in the low 30s at 10 at night. Sorry.

Annoyances – They don’t like stairs here. Consequently you have to wait ages for lifts as everyone is using it for one or two floors. They cram onto escalators but the stairs are empty. They do not leave a walking space on the escalators (though the signs say they should) – what’s the point of rules if you don’t follow them. I’ll tell you about pedestrian crossings soon, now they do make me cross.